womenforfootball.com – First, let me begin by saying Happy New Year to all dear followers of this blog and wishing you all the best and all the football excitement you dream!

To start 2014, the next anticipation will be January 13th, when FIFA will announce Best Player of 2013 or Ballon d’Or winner for both female and male football players. 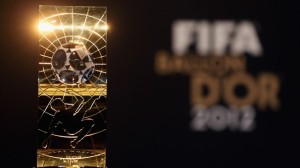 The 3 female players who got the most votes for 2013 FIFA Ballon d’Or are:

– Brazil’s Marta (who has won the honor five times running)

– Abby Wambach from the US national team.

The 3 male players who got the most votes for 2013 FIFA Ballon d’Or are:

I was personally shocked that American Wambach was among shortlist, but Canada’s Christine Sinclair was voted out from original list.

Among female coaches 3 coaches who got highest votes are:

Germany is also represented in the women’s coaching category, with national team coach Silvia Neid among the top three for that prize. Ralf Kellermann, head coach of the treble-winning Wolfsburg, is also in contention, as is Sweden’s national team coach, Pia Sundhage.

It is worth mentioning that male and female Ballon D’Or Award winners differ in a sense that male football players are chosen based on their goalscoring or team achievement at club level. Whereas in female football players’ case, due o lack of consistent club competition, they are mostly rated based on their national team’s achievement and women players’ share in success of their national team.

So who do you think will scoop FIFA  Ballon d’Or 2013? Messi or Ronaldo or Ribery? I’m betting on Ronaldo this time as he has been incredibly consistent in 2013.

And which female player will take the Award home?! Its  close call but I think it’ll be USA’s Wambach taking the glory home.

We shall wait and see on January 13th. Who do you think will win the Awards?!