womenforfootball.com – I came across this great news piece tonight by Variety. This is a very useful mobile app you can download on your iPhone or Android phone that will stream all 2014 World Cup games Live. Isn’t that incredible?! 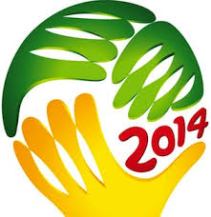 Keen to follow the World Cup while on the move? There’s an app for that.

Univision, which holds the exclusive U.S. Spanish-language broadcast rights to the World Cup for 2014 launched an enhanced sports app that offers soccer fans access to live streaming coverage of all the games with in-match, real time highlights and stats, video highlights, skeds, individual club news, rosters and more. Downloadable from both iTunes and Android platforms, the app offers an interactive live soccer experience that can be personalized, connecting users to each other via Twitter and Facebook.

“This will be the biggest, broadest and most high-tech World Cup coverage ever for Univision with 64 matches live across television and digital platforms,” said Juan Carlos Rodriguez, president of Univision Deportes.

Univision will be pulling out all the stops before ceding the rights to rival Telemundo, which reportedly ponied up $600 million for exclusive U.S. Spanish-language broadcast rights to the next two men’s World Cups in 2018 and 2022 as well as the 2015 and 2019 Women’s World Cups and other international tournaments.

This is more than double the $325 million that Univision paid to broadcast the 2010 World Cup in South Africa and the 2014 World Cup in Brazil. Fox outbid ESPN for the English-language U.S. broadcast rights for the same periods.

In a conference call with investors during its first-quarter results announcement in April, Univision president and CEO Randy Falco said that it expected to break even on its World Cup coverage over the course of 2014 with revenue streaming in during the second and third quarters.

“I can’t speak to specifics on financials but I can tell you that from a ratings perspective and a sales perspective, this World Cup will be by far the most successful sporting experience that we’ve had on our air,” said Rodriguez.

In 2010, Univision attracted more than double the number of viewers than ESPN for the opening match of the World Cup, and went on to set new Spanish-language ratings records throughout the games — with tune-in audiences reaching up to 8.7 million viewers despite the time difference with South Africa.